Editors’ Note: This article is part of the Patheos Public Square on Faith and the Election. Read other perspectives here.

Constitutional Attorney
Freedom From Religion Foundation
(FFRF is nonpartisan and does not endorse or oppose any candidate for office.)

Our nation was one of the first to abolish religious tests for public office. Our founders “were fully sensible of the dangers” of religious tests, “marked out in the history of other ages and countries,” according to Supreme Court Justice Joseph Story, who wrote the first legal commentaries on our Constitution.

Today, too many Americans are insensible to the dangers of mixing politics and religion. Many voters impose their own auto-de-fé, requiring a profession of faith from a candidate before choosing who to vote for. This doesn’t violate the Constitution’s ban on religious tests and there’s nothing illegal about making religion the sole criteria for choosing a candidate, but it’s still a really bad idea.

First, to borrow from The West Wing, “If you demand expressions of religious faith from politicians, you are just begging to be lied to.” Politicians are not known for their authenticity. If a politician can win your vote simply by claiming that they are part of the religious majority, what do you imagine they will do?

Second, you are being lied to. Trump isn’t exactly familiar with the bible and Clinton, “at the risk of appearing predictable,” named the bible as “the biggest influence on [her] thinking” when asked. This response is predictable because it’s expected. Politicians are giving the answer, true or not, they think voters want. Both candidates are a far cry from Thomas Jefferson, who took a razor to the bible and excised everything supernatural, including the virgin birth and the resurrection.

Anecdotal evidence aside, statistics suggest that politicians are lying about their religion. The most recent numbers show that 23 percent of Americans are “nones”—unaffiliated with any religion. Over 7 percent are atheists or agnostics. If those percentages held in U.S. Congress, 123 of its 535 members would be unaffiliated and 37 of those would be atheist or agnostic. Yet, only one member of Congress (Arizona Rep. Krysten Sinema) is unaffiliated. Our representative government is not very representative.

On the left, only one member of Congress identifies as nonreligious. On the right, what a Congress that faithfully represented the nonreligious would look like. Graphic by https://andrewlseidel.com/wp-content/uploads/2020/11/Screen-Shot-2019-10-24-at-1.08.17-PM-3-1.png L. Seidel/FFRF.

Third, if you truly revere your faith, you shouldn’t want it sullied in the mud pit of politics. James Madison, the Father of our Constitution, famously observed that “religion and government will both exist in greater purity, the less they are mixed together.” In demanding professions of faith, believers are denigrating their religion.

Finally, when voters welcome legislators’ deception on religion, they invite it on every other issue. The voter-imposed religious test goes against the voters’ self-interest and dumbs down America. Faith substitutes for important issues, which can then be ignored by candidates: “Oh, he’s a Christian, so I’ll vote for him,” or “Oh, he’s more Christian, so I’ll vote for him.” Religion corrupts the political process, allowing the faithful to be less engaged, pay less attention, and fail to hold their representatives accountable because of their faith. A politician who runs on a platform of being “the best Christian” can be intellectually lazy, to the detriment of his or her constituents.

It’s better to have someone guided by reason and not faith when they are making decisions on behalf of the country. Beliefs affect actions. When you believe in nonsense or ideas that are completely refuted by reality, you may act in harmful ways. To paraphrase Voltaire, those who believe absurdities will commit atrocities. For instance, some believe that the biblical god ordered a drunk to pack two of every species of animal into a boat about the size of a football field and then drowned every other human and animal, before promising not to flood the earth again. The Chairman of the Senate Committee on Environment and Public Works believes this because of Genesis 8:22. He blithely rejects the scientific fact that is anthropogenic climate change and the rising seas it will cause because he believes his god won’t flood the earth again. His blind faith endangers our way of life, if not our survival. 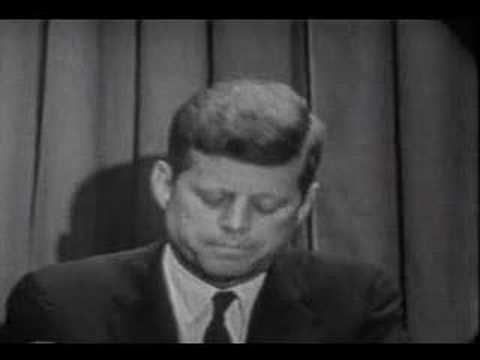 Which brings us back to the Constitution’s ban on religious tests. This ban “had a higher object; to cut off for ever every pretense of any alliance between church and state in the national government,” wrote Justice Story. Our secular government, secured by our godless Constitution, is the only guarantor of genuine religious freedom. Americans should stop sullying this proud tradition by requiring candidates to espouse the same faith-based beliefs they do.

FFRF is a 501(c)3 non profit organization and is prohibited by federal tax law from being seen as endorsing or opposing any particular candidate for office. Nothing in this post is endorses any candidate.